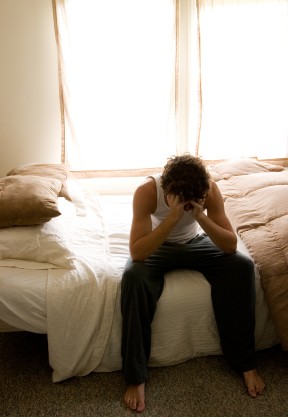 The results of the study aim to better inform the provision of health care and housing among an often-overlooked segment of the population.

Due to their affordability, SROs are often the only alternative to homelessness for low-income individuals in Vancouver and other major cities. Some SROs are substandard and many tenants suffer from substance dependence, mental illness and infectious diseases.

The study, published in the American Journal of Psychiatry, shows that two-thirds of SRO tenants surveyed were previously homeless and suffered from an average of three illnesses at the same time.

Ninety-five per cent had substance dependence and almost two-thirds were involved in injection drug use. Nearly half of the participants suffered from psychosis, and nearly half had a neurological disorder. Eighteen per cent of the residents surveyed were HIV-positive and 70 per cent had been exposed to Hepatitis C.

“Even with the great progress that has been made in decreasing overdose deaths through the establishment of InSite, the supervised injection site, the death rate in our participants was still nearly five times greater than in the general population,” says Dr. William Honer, Professor and Head of the UBC Department of Psychiatry and senior author of the study.

“Compared with homelessness, there has been relatively little research into the magnitude of the health problems experienced by people living in marginal housing,” says Honer.

The research team, which includes investigators from seven departments at UBC and Simon Fraser University, conducted psychiatric assessments, neurological evaluations, MRIs and blood tests with 293 single-room occupancy hotel tenants who participated in the study over an average of two years.

“It is important for the Canadian Institutes of Heath Research to support innovative studies of this kind that provide information about individuals who live in low-income housing and have mental illnesses,” says Dr. Anthony Phillips, Scientific Director of the CIHR Institute of Neurosciences, Mental Health and Addiction. “We hope these findings will help to advance research on multiple illnesses and address health needs for this vulnerable population.”

The study was funded by BC Mental Health and Addictions Services, and by the Canadian Institutes of Health Research (CIHR), the Government of Canada’s health research investment agency. CIHR’s mission is to create new scientific knowledge and to enable its translation into improved health, more effective health services and products, and a strengthened health care system for Canadians. Composed of 13 Institutes, CIHR provides leadership and support to more than 14,100 health researchers and trainees across Canada.