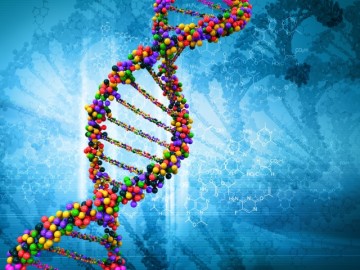 A new University of British Columbia study shows that genetic counselling helps patients with schizophrenia, bipolar disorder and similar conditions understand and cope with their illness.

The paper is published today in the Journal of Clinical Psychiatry.

The study is among the first to show the value of genetic counselling for psychiatric illnesses, demonstrating that it can help patients understand the cause of their illness, the genetic component and how they can protect their mental health going forward.

“Traditionally genetic counselling is applied to conditions that are caused entirely by genes like Huntington’s disease,” said Jehannine Austin, a Canada Research Chair in Translational Psychiatric genomics and associate professor at UBC. “Psychiatric disorders arise because of a combination of genes and experience and our study shows that genetic counselling is just as valuable for these patients.”

This study involved patients with schizophrenia, bipolar disorder or schizoaffective disorders, which are conditions with similar symptoms to schizophrenia and mood disorders. In a randomized control trial, some patients were offered counselling while others were not.

“People with mental health problems often feel guilty, ashamed or stigmatized about where the illness came from and this has a profound effect on how they feel,” said Austin, a member of UBC’s Institute of Mental Health and Djavad Mowafaghian Centre for Brain Health.

Austin’s previous work showed that individuals with psychiatric illness will come up with their own explanation of the cause of their illness if they aren’t provided with an explanation that makes sense to them. These explanations are usually not grounded in evidence, and often lead people to over-estimate the risk that someone else in their family may develop psychiatric illness. In some cases, people choose not to have children or to have fewer children than they would like.

“People often blame themselves for the illness they are living with,” Austin said. “We helped people better understand the cause of their illness and helped them uncover issues like guilt and distress.”

These results point to the benefits of a burgeoning field of genetic counselling that focuses on psychiatric disorders. The world’s first psychiatric genetic counselling clinic is led by Austin and based out of BC Women’s Hospital + Health Centre. Clinicians from Europe and the United States have trained at the clinic and are now setting up clinics in their own parts of the world.