By Randall White and Susan Inman

Susan Inman, a family caregiver and the conference co-chair along with Dr. John Gray, spoke about “Why and How This Conference Came to Be.” She highlighted, as did others during the day, the lack of awareness among clients, families and many clinicians of the well-researched cognitive losses that frequently accompany schizophrenia. Following a meeting with Dr. Alice Medalia, the Director of Columbia University’s Lieber Recovery Center, Susan had herself become more aware of the extensive progress in developing evidence-based cognitive remediation programs. Through attending the annual Cognitive Remediation in Psychiatry conferences at Columbia University which Dr. Medalia initiated 20 years ago, Susan realized how many countries have received assistance from Dr. Medalia in developing cognitive remediation programs; these include France, Norway, Denmark, Portugal, Japan, and Australia among others. Canada doesn’t yet offer these programs as a part of psychosocial rehabilitation services.

Susan described the two-year collaborative process among representatives from the BC Schizophrenia Society, the BC Psychosis Program, the BC Early Psychosis Intervention program and Psychosocial Rehabilitation BC that led to this first Canadian conference on cognitive remediation.

According to Dr. Chris Bowie, Professor of Psychology at Queen’s University, the cognitive losses in schizophrenia and bipolar disorder are present from the first episode. They affect many domains of cognition such as attention, memory and executive function, and they can be severe to profound, especially in schizophrenia. They predict functional impairment and difficulty in school and employment, and may be manifested by such problems as being slow to complete tasks, being forgetful, an inability to multitask, and appearing socially awkward. Dr. Bowie called these losses “prevalent, pervasive, pernicious and persistent.” 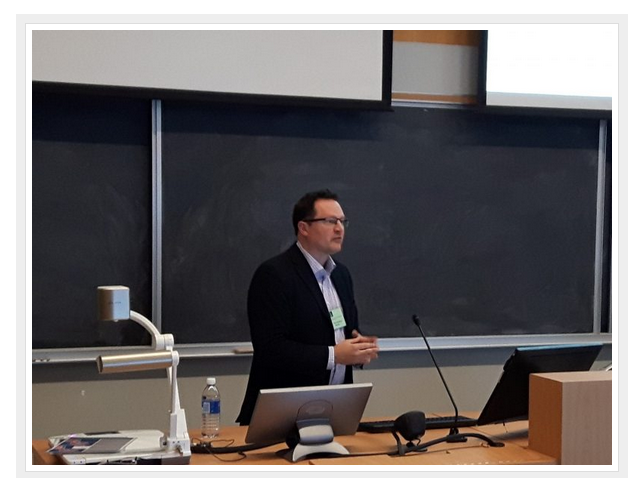 Cognitive remediation is a means to improve these deficits through cognitive activation, strategic monitoring and generalization or bridging to daily life. The latter, according to Dr. Bowie, is crucial and seems to require the presence of an engaged therapist; having a patient do computer training alone is not enough. To this end, he has tested an enhanced form of the therapy called action-based cognitive remediation which involves the clients in activities that are more akin to real-life tasks; preliminary results suggest better retention in treatment and better outcomes compared to more traditional CR including higher likelihood of being employed six months after the end of treatment.

Dr Medalia described the CR programs she has set-up in New York State. They typically involve computer-based activities for 45 minutes and a 15-minute discussion that focuses on bridging skills to the clients’ goals for improved functioning in their community. Although programs usually involve twice weekly sessions for 15 weeks, the duration is adjusted to the clients’ needs. The groups include 6 – 8 people and use rolling admissions so that more experienced clients can help those who are new to the training. Staff, who usually have a master’s degree, are actively involved in both the computer activities and the discussions.

Dr. Medalia trains staff to use a cognitive lens to understand their clients. Usually staff have not previously received training on recognizing and responding to cognitive difficulties. She emphasized that CR training is flexible and can be adjusted to a variety of populations in various settings.

Dr. Tom Ehmann, who helped develop BC’s Dealing with Psychosis toolkit, described the section on “Understanding Cognition.” The toolkit focuses on compensatory and adaptive strategies. Compensatory strategies use existing cognitive strengths by, for instance, identifying and using an individual’s learning preferences. Adaptive strategies use environmental aids such as a day-timer or post-it signs. The areas addressed include attention, learning and memory, critical thinking (e.g., planning, problem-solving, organizing) and social cognition. The toolkit includes a self-assessment checklist which helps individuals identify the kinds of difficulties they may be experiencing.

An overlooked impairment in mental illness is social cognition, the mental processes underlying person-to-person interactions. Dr. Amy Burns said that people with schizophrenia have marked deficits in such domains as

These deficits are related to other symptoms of the disorder including negative and positive symptoms of psychosis, depression and anxiety. Social skills training is a treatment that has shown a strong effect for improving recognition of facial emotions and social perception and significant if lesser effect on other domains.

Drs. Mahesh Menon and Ivan Torres described a pilot project to offer CR to patients at the BC Psychosis Program (BCPP), a residential treatment centre for treatment-resistant schizophrenia (TRS) at UBC Hospital in Vancouver. Two studies have examined cognitive losses in patients with TRS compared to those with more antipsychotic-responsive psychosis and had conflicting results: one study found the cognitive deficits in TRS were more severe whereas the second study did not find a difference. This needs further investigation, but no reason exists why people with TRS should not receive CR.

At the BCPP, CR is based on the software Scientific Brain Training Pro, but the emphasis is on linking the exercises to functional goals such as returning to school or work by using strategies to promote generalization to daily life tasks. The approach is multidisciplinary: the groups are run by a psychologist and an occupational therapist, while nurses and rehabilitation workers remind patients to do homework and prompt them to use the strategies day to day.

According to Dr. Todd Woodward, CR is meant to improve the trait of psychosis related to inefficient use of neural networks that underlie cognitive functions. Metacogntive therapy (MCT), a form of cognitive-behavioral therapy, is intended to target the state of psychosis that underlies cognitive biases that favor development of delusions and hallucinations. MCT is a group-based, interactive program with 8 core modules; the material is presented such that participants can experience cognitive biases during the session that are then discussed in relation to everyday life. These biases include jumping to conclusions and not integrating disconfirming information when trying to understand a situation. Drs. Woodward and Menon, along with a collaborator from Europe, have a clinical trial of CR and MCT underway in Vancouver with mental-health outpatients. Since May, 2014, they have enrolled 320 subjects; more patients will be enrolled during the next 12 months.

The second afternoon panel, “Next Steps in Implementing Cognitive Remediation in BC,” started with a presentation by Dr. John Higenbottam and Dr. Tom Ehmann that emphasized that cognitive remediation is an evidence-based practice. They pointed out that, in fact, most people with schizophrenia do not have access to the full range of evidence-based practices that help manage symptoms and improve psychosocial functioning. 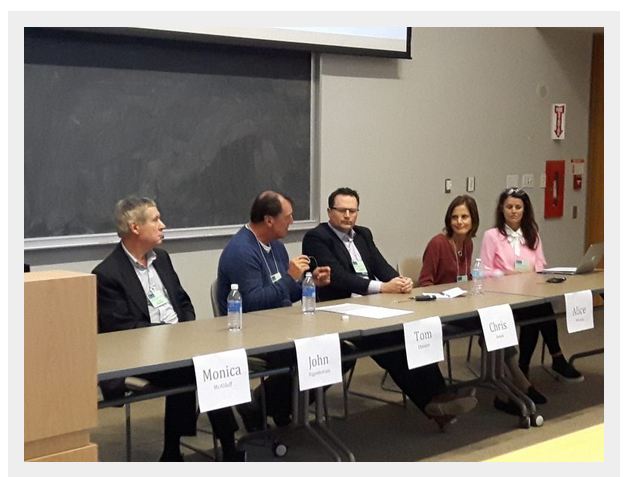 Drawing on their experiences in establishing various provincial programs, they identified the elements that lead to success. They also raised numerous questions for the panelists to discuss including which populations should be targeted, where services should occur, how fidelity and outcomes should be monitored, and how staff should be trained.

Fellow panelist Dr. Regina Casey led an activity with the audience that encouraged them to identify in their family member or their clients the kinds of cognitive difficulties they witness that are impeding recovery.

The final presentation of the conference was from Gerrit van der Leer, Director of Mental Health and Addiction in the BC Ministry of Health. Director van der Leer sees cognitive remediation as a best practice and he explained the steps necessary to incorporate CR into the mental health system. He spoke of the work he envisions in developing a business plan, standards of practice guidelines, and performance measures. He suggested that each health authority should have an opportunity to learn about cognitive remediation and have regional planning to develop services in their districts.

Over 150 people submitted conference evaluations. The evaluations, which were very positive, included responses to a question about how participants witness cognitive losses impacting people’s abilities to move forward with their lives.

One family member described both the common losses mentioned by many and also wrote poignantly about the impact of the losses. The commenter said their family member’s cognitive losses “affect every area of his life. Money management, daily life – hygiene, food, social interaction. Moving forward with work, school, relationships. The med stabilizes him but he needs help in functioning in daily life. He would be homeless or dead without family help.”

A clinician cited issues described by other professionals: “I work with people with chronic mental illness and could write a book on all the ways this impacts my clients. Isolation, homeless, addiction and alienation are all effects of cognitive decline.”

The videotape of this conference will soon be available on the website of the BC Schizophrenia Society: www.bcss.org