Congratulations to Dr. J. Austin on her promotion to Professor 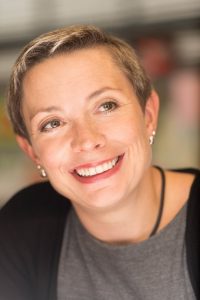 The Department would like to congratulate Dr. Jehannine Austin on her promotion to the rank of Professor, with tenure, effective July i, 2018. Dr. Austin ompleted her BSc (Hons, Biochemistry) at Bath University, and her PhD in Neuropsychiatric Genetics at the University of Wales College of Medicine in the UK before completing training as a Genetic Counselor at UBC in 2003. She was first appointed as an Assistant Professor in the Department of Psychiatry in 2007, and in the Department of Medical Genetics in 2008, and was promoted to Associate Professor in 2012, and Professor in 2018. She holds/has held multiple external salary awards including a CIHR New Investigator Award, a Michael Smith Career Investigator Award, and a Tier 2 Canada Research Chair, and received CIHR’s 2007 Maud Menten New Investigator Award. She is co-author of the book “How to talk with families about genetics and psychiatric illness” (W.W Norton, 2011), Graduate Advisor to the UBC Genetic Counseling program, and a Board Certified Genetic Counselor.