Dr. Frangou and her team have uncovered new evidence about the origins of auditory hallucinations in schizophrenia 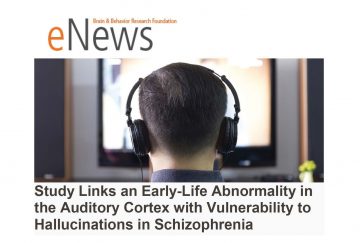 Dr. Sophia Frangou, UBC President’s Excellence Chair in Brain Health and Professor in the Department of Psychiatry, was recently featured in an article published by the Brain & Behavior Research Foundation. The article highlights a study led by Dr. Frangou which reveals linkages between early-life abnormality in the tonotopic organization of the auditory cortex and auditory hallucinations in schizophrenia. These findings suggest that the predisposition to auditory hallucinations is likely to be predicated on abnormalities in the functional organization of the auditory cortex and may serve as a biomarker for the early identification of vulnerable individuals. Read the entire eNews article here. The study results have also been published in NPJ Schizophrenia.