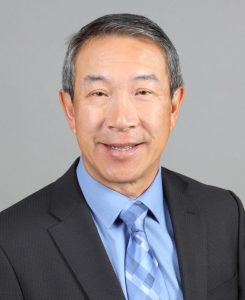 CTV covered a recent UBC News piece on Dr. Raymond Lam and his meta-analysis titled “Light Therapy for Patients With Bipolar Depression: Systematic Review and Meta-Analysis of Randomized Controlled Trials” which was recently published in the Canadian Journal of Psychiatry.  It is the first meta-analysis of light therapy for bipolar depression to be published in CJP.

Dr. Lam and his colleagues statistically combined the results of seven published trials of light therapy and compared them to a placebo in people with bipolar depression, finding that, overall, there was significant improvement in depressive symptoms with bright light compared to placebo conditions. Importantly, bright light was well tolerated in the studies and did not cause a switch from depression to mania, as can happen with antidepressants in people with bipolar disorder.

While light therapy is already a recognized line of treatment for people affected by seasonal and nonseasonal depressive disorder, less is known about its potential therapeutic benefits for people afflicted with bipolar disorder. When asked about what is currently understood about the mechanism of light therapy on mood disorders such as bipolar depression, Dr. Lam says, “What we do know is that light acts through the eyes to regulate the biological clock located in a tiny region of the brain, known as the suprachiasmatic nucleus. We also know that there are disturbances in the biological clock that affect circadian (daily) rhythms in people with bipolar disorder, including hormonal rhythms, sleep, cognition, and other behaviours. However, we don’t know if regulating circadian rhythms is the reason why light therapy works as an antidepressant.” He adds, “Other studies have shown that light can affect the major neurotransmitters, or chemical messengers, involved in mood and behaviour, such as serotonin and dopamine. So, light therapy may work similarly to antidepressants by directly acting on these neurotransmitters.”

Read the abstract of the meta-analysis here