I am delighted to announce the appointments of three new faculty members to the UBC Department of Psychiatry. We extend a warm welcome to Dr. Kyooseob Ha, Professor (Partner), Dr. Kyung Sue Hong, Professor (Partner) and Dr. Nel Wieman, Adjunct Professor, each of whom brings an outstanding track record of leadership and expertise within their respective fields, and whose appointments will further strengthen the Department’s collaborative relationships with our Health Authority partners and the broader community. 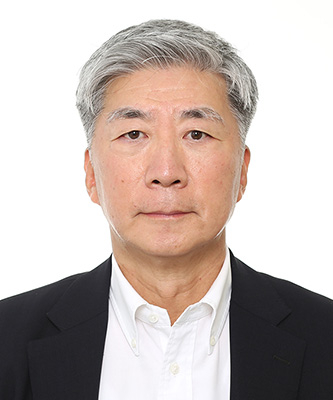 Alongside his spouse Dr. Hong, Dr. Ha relocated to Vancouver in September, arriving from Seoul National University (SNU) College of Medicine in South Korea, where he held the rank of full Professor of Psychiatry. He is an internationally recognized clinician scientist whose research is focused on the early diagnosis of bipolar disorders and major depressive disorder. At SNU, Dr. Ha established an innovative bipolar disorder research program, and notably, founded and served as the director of the Korea Mental Health R & D Project, an extensive 5-year national research and development program funded by the Ministry of Health and Welfare, Republic of Korea. In addition, Dr. Ha is one of South Korea’s foremost experts on suicide, and notably, his contributions in this area have been instrumental in effecting policy changes and new legislation, which have contributed to a meaningful reduction in the incidence of suicide at a national level. Dr. Ha served in various leadership roles at both SNU and its affiliated hospitals, including Chair of the Department of Psychiatry, Founding Director of the National Center for Mental Health, Chief Information Officer and Executive Director of Strategy & Coordination at Bundang Hospital, and as founding Director of the SNU Mood Disorders Clinic, the first clinic of its kind in East Asia. He also served as the Chairman of the Korea Mental Health Commission and was a key contributor to a number of national initiatives by the Ministry of Health and Welfare of the Republic of Korea. In recognition for his significant contributions, Dr. Ha has been awarded the International Society for Bipolar Disorders (ISBD) Scholars Award for Clinical Advancement in Asia, the Order of Health Merit for Enhancement of Mental Health from the Republic of Korea, and the prestigious ISBD Mogens Schou Award for Public Service and Advocacy in recognition for his outstanding contributions to improving outcomes for people affected by bipolar disorder. 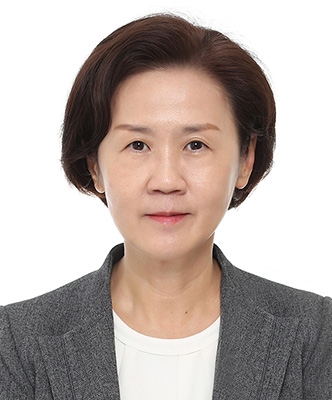 Prior to arriving to Vancouver and joining our Department, Dr. Hong was a full Professor of Psychiatry at Sungkyunkwan University School of Medicine and Samsung Medical Center in South Korea, where she held the position of Chair of the Department of Psychiatry from 2014 to 2019. She has also served as the Director of the Inspection Committee for the Korean Society for Schizophrenia Research, and has been a board member of numerous scientific societies. Dr. Hong is an internationally renowned clinician scientist whose areas of research focus include clinical studies for schizophrenia and bipolar disorder, psychopharmacology focusing on second-generation antipsychotics (SGA), and genetics/genomics and pharmacogenetics. Throughout her career, she has made a number of important contributions to her field, including furthering the understanding of SGA-induced tardive dyskinesia/dystonia, identifying clinical and genetic correlates of obsessive-compulsive symptoms (OCS) in schizophrenia and bipolar disorders, including SGA-induced OCS, and identifying susceptibility genes or genetic loci in multiplex families with schizophrenia/bipolar disorders and early-onset familial Alzheimer’s disease.  Dr. Hong will be a major asset to the Department, in light of her record of academic leadership and the unique expertise she will bring to our schizophrenia research community. Her appointment will also help to establish important linkages between our mental health research community and her extensive and well-established networks in South Korea, thereby fostering new opportunities for collaboration and knowledge exchange for the Department.

The new academic faculty appointments of Dr. Ha and Hong are in partnership with Vancouver Coastal Health and Lion’s Gate Hospital, where they will both be based and where they will contribute to building a locus for mood disorders and schizophrenia research and clinical services on the North Shore. 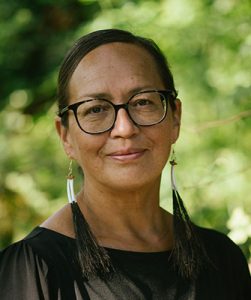 Dr. Wieman currently serves as Deputy Chief Medical Officer within the First Nations Health Authority (FNHA), working alongside the FNHA Deputy Chief Medical Officer and the Provincial Health Officer to support clinical and public health governance in all five regions of the FNHA across BC. She has also held other key positions, including as Senior Medical Officer for FNHA, President of the Indigenous Physicians Association of Canada (IPAC), Special Consultant to the Chief Public Health Officer of the Public Health Agency of Canada, and as a consultant for the Department of Justice Canada, Health Canada, and other federal agencies. As Canada’s first female Indigenous psychiatrist, Dr. Wieman brings more than 20 years of clinical experience in both rural/reserve and urban settings. Her areas of clinical and research focus lie in Indigenous health and mental health issues, Indigenous women’s health, Indigenous health care policy and systems, and mental health service development and delivery to underserviced areas and populations. Prior to her UBC appointment, she was a Clinical Assistant Professor in the Department of Psychiatry & Behavioral Neurosciences at McMaster University, where she also served as Founding Director of the Native Students Health Sciences Program, and maintains an ongoing honorary faculty appointment. She then relocated to the University of Toronto where she was appointed as an Assistant Professor and also served as Co-Director of the Indigenous Health Research Development Program. In recognition of her significant contributions, Dr. Wieman has received numerous honors, including the National Aboriginal Achievement Award for Career Achievement in Medicine, the Queen Elizabeth II Diamond Jubilee Medal, and most recently, the Canadian Psychiatric Association’s highest award, the President’s Commendation. Since May 2021 she has served on our departmental Executive Committee, and as a member, has provided much-needed insight and advocacy regarding Indigenous health and mental health issues. With her new appointment as an Adjunct Professor, the Department will continue to seek Dr. Wieman’s valuable guidance and consultation with respect to our EDI initiatives, as well as cultural competencies in our curricula to ensure they are meeting the unique needs and challenges of Indigenous health.

We are extremely fortunate to have Dr. Kyooseob Ha, Dr. Kyung Sue Hong, and Dr. Nel Wieman join our Department as senior faculty leaders.  Please join me in warmly welcoming all three to their respective new appointments and wishing them continued success here at UBC.