The IMH Advisory Board serves to provide advice and support to the Director of the Institute on matters relating to vision, strategic direction and fund raising activities.

The specific responsibilities of the IMH Advisory Board are:

Glenn Wong is founder of the consulting company, Catalyst Solutions Ltd. that focuses on corporate strategy and governance. He received his B.Comm from the University of British Columbia and is a certified corporate director.

Glenn has served as President/CEO of several companies including Electronic Arts Canada, Rogers Cable TV BC and BC Hot House – a growers’ cooperative. Previous to that, Glenn worked for Procter & Gamble and Nabob Foods, rising to Vice President of Marketing.

In addition to LIFT Philanthropy, Glenn has extensive community involvement which includes serving as a board member of the Canadian Media Fund and Coast Capital Savings Credit Union. His past service includes being Vice Chair of the Vancouver Police Board as well as serving on the boards of the BC Cancer Foundation, EComm 911, S.U.C.C.E.S.S. (immigrant social services), ICBC and UBC’s Sauder School of Business Faculty Advisory Board.

Mr. Wong is a two-time winner of the American Marketing Association BC Chapter Marketer of the Year Award. 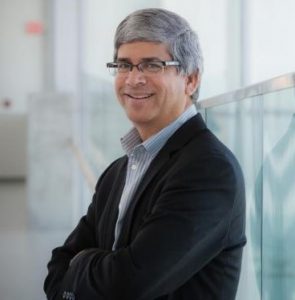 Dr. Yatham is a professor and Department Head in the Department of Psychiatry, Director of the UBC Institute of Mental Health, and Regional Head of Psychiatry and Regional Program Medical Director for Mental Health and Addictions at Vancouver Coastal Health and Providence Health Care. He has an Executive MBA from the Sauder School of Business and a wealth of leadership experience in academic, healthcare and professional organizations. He has held leadership positions such as the President for the International Society for Bipolar Disorders, and is now the President of the World Federation of Societies of Biological Psychiatry (WFSBP).

Dean of the Faculty of Medicine, Dr. Dermot Kelleher 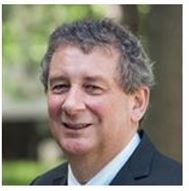 Dr. Kelleher graduated from medicine from Trinity College Dublin in 1978, going on to specialize in gastroenterology. Author of 300 publications and 14 patents, Dr. Kelleher’s research examines the immune response to many of the leading causes of gastrointestinal infectious disease worldwide. Over the years he has received many prestigious awards including a Fogarty Scholarship at the University of California San Diego, Wellcome Senior Fellow in Clinical Science, and most recently the Conway Medal from the Royal Academy of Medicine in Ireland.

With a strong commitment to innovation and collaboration, Dr. Kelleher has worked to found several companies supporting both translational developments in biomedical science and fostering collaboration in biomedical research in both Dublin and London. He also served as President of the Federation of European Academies of Medicine until moving to British Columbia.

As well as founding her Travel Business at the age of 23, Leigh has been actively involved with her family’s Wood Manufacturing and Distribution Business, serving as a Board member of Sauder Industries Ltd. since 1999.

While raising her four children, Leigh became passionate about Social Justice Issues. It became clear to Leigh that her own experience of being raised on the West Side of Vancouver differed greatly from environments of less privilege. Her interest extended beyond the comfort of her community when in 2006 Leigh journeyed to Kenya with her oldest daughter to live and work alongside the Kenyan people living in abject poverty. This work sparked a long-term involvement with ACCESS (the African Canadian Continuing Education Society), and in 2007 Leigh accepted a position on the Board where she has remained very involved for the past many years. Helping Kenyans lift themselves out of poverty through education is the mission and focus of ACCES, as well as building capacity for the Kenyan Alumni to create and run a Social Enterprise.

Leigh is a Founding Member of CDL-West at UBC. CDL is a seed-stage program for massively scalable science-based companies. Leigh’s ongoing commitment to the local community includes her recent appointment as a Board Member of the Institute for Mental Health at UBC. 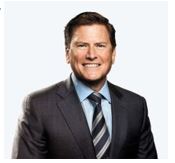 Darren Entwistle joined TELUS in 2000 as President and CEO, becoming the longest-serving CEO amongst incumbent telecommunication companies worldwide. Under Darren’s leadership, TELUS has evolved from a regional telephone company serving Western Canada into a national data and wireless leader.

Darren currently serves on the boards of the Gairdner Foundation and the Canadian Board Diversity Council, and is a founding member of the 30% Club Canada. Darren’s past directorships include George Weston Ltd., the Business Council of Canada, TD Bank Financial Group, McGill University Board of Governors and Bell Cablemedia Plc in the United Kingdom. 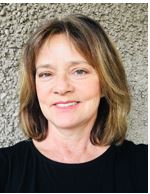 Sunny is one of ten children born and raised in East Vancouver in an area called “The Project”, a housing development reserved for WWII veterans.

After finishing high school she worked at various jobs including a dozen years in the investment industry. She and her husband, Stewart, foster parented a number of children and adopted two sons, Adam and Charlie. Sunny has always had a soft spot for the welfare of the disadvantaged and a particular interest in mental health. She is delighted to be a part of this exciting project because of its focus on research and the causes of mental illness, which will hopefully one day lead to more effective treatment.

Stewart is a retired executive from the financial services industry, where he worked for 30 years. He holds a Bachelor of Commerce degree in Finance from the University of British Columbia, 1982. In 1987 he earned his Chartered Financial Analyst designation.

From 1990 to 2013 Stewart was a partner of Phillips, Hager & North Investment Management (PH&N), where he specialized in investment analysis and portfolio management. His clients included corporate, union and university pension & endowment plans and private clients. Stewart was very involved in recruiting and building the PH&N team. He was a regular presenter to small institutional committees and at large public forums. From 1982 to 1990 Stewart worked for Dominion Securities.

Stewart and his wife, Sunny, have two sons and live in West Vancouver.

Stewart is a member of Seymour Golf & Country Club, Evergreen Squash Club and Terminal City Club. He spends his a lot if time golfing, skiing, cycling, kitesurfing and playing squash. 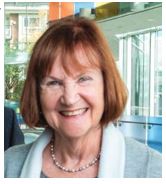 Ruth was employed as a public school teacher in District 38, Richmond, BC for over 20 years and holds a B.Ed. and M.Ed. Two members of her family have been formally diagnosed with ADHD. This has lead to a life long quest to learn and promote understanding of the condition and also to provide meaningful support.

She taught at the primary and intermediate levels and finally at an innovative interdisciplinary programme for 120 students wanting to return to school to complete academic qualifications for high school completion. She and her colleagues were invited to consult for 'New Visions for Public Schools' in Harlem and the Bronx, USA.

In 1991, she became a director of The African Children’s Book Box Society, a literacy project in East Africa. Every year, she volunteers for 4 to 6 weeks in poverty stricken classrooms. Recently, her first children’s story was published in both Kiswahili and English. 'Paseka, a little Elephant, Brave’ explores the plight of being an orphan, developing resilience and searching for support in a new community.

Yasmin brings a wealth of leadership experience in clinical operations and the implementation of complex system changes to the position. Along with a Masters in both Social Work and Health Administration from the University of British Columbia, Yasmin brings more than two decades of experience in senior health care roles with VCH, Fraser Health and the Provincial Health Services Authority. Most recently, she was the Regional Program Director of Palliative/End of Life Care and the Director of Home, Community and Palliative Care within Vancouver Community. Prior to this, she was the VCH Regional Executive Director for Mental Health and Substance Use as well as the Director of Mental Health and Addictions for the VCH's Richmond community of care.

She was nominated in 2015 for a BC Premier's Award for her work on a multi-system response to addressing the needs of individuals dealing with mental health and substance use issues, and is actively involved in bringing external stakeholders together to collaborate on transforming the way health care services are provided in a community setting. Yasmin was also recognized by the VCH Board and Senior Executive Team in 2011 with a People First Award for "Leadership by example with vision, dynamic, innovation and client-centered care". She joined the VCH Senior Executive Team in September 2017.

Dr. Anson Koo is the Program Medical Director, Regional Department Head, and Head of Academic Psychiatry for the Mental Health and Substance Use Program in the Fraser Health Authority (FHA). He was previously the Psychiatry Head of Department at the Royal Columbian Hospital, and the Division Head for Adult Acute and Community Psychiatry Programs in FHA. He is a Clinical Associate Professor in the UBC Department of Psychiatry. His clinical practice is in Adult Inpatient Psychiatry at the Royal Columbian Hospital. Dr. Koo is very involved in undergraduate and postgraduate medical education, both as an educator and administrator. He has overseen the establishment of a psychiatry residency program based in Fraser Health, and is a member of the UBC CaRMS resident selection committee. As Academic Psychiatry Lead for FHA, he has developed a regional network of teaching sites and academic faculty, and expanded psychiatric medical education across the Fraser Health Authority. He serves on the UBC psychiatry undergraduate education committee as a Discipline Specific Site Leader. In his regional medical administrative roles, Dr. Koo has provided strategic and operational medical leadership during a period of significant service expansion within Fraser Health in both the mental health and addiction medicine programs. His particular areas of interest include medical education, health resource equity, leadership development, and innovation in service integration across the acute and community continuum of care. 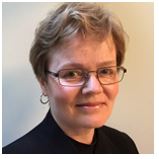 Caroline Gosselin is Clinical Professor and Geriatric Division member of the UBC Department of Psychiatry and is in active geriatric psychiatry practice at the Vancouver General Hospital. She is a Founding Member of the RCPSC Geriatric Psychiatry subspecialty and was an examiner for the RCPSC Psychiatry Examination Board for a decade and Chief Examiner from 2014 to 2018. She is a co-founder of the Canadian ECT Survey (CANECTS/ECANEC I), Co-Chair of the Canadian ECT Standards (CANECTS/ECANEC II) and is an award-winning educator.