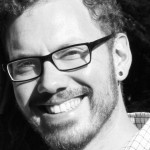 Daniel Buchman is a registered social worker and PhD Candidate working at the National Core for Neuroethics at the University of British Columbia. Prior to arriving in Vancouver, Daniel pursued a Masters in Social Work through the University of Toronto after obtaining his Bachelor of Arts degree through McGill University.

In the spring semester of 2012, Daniel had the privilege of acting as a Teaching Assistant at the School of Population and Public Health at UBC. In the past couple of years, Daniel has also acted as a session instructor for the Faculty of Medicine and has guest lectured numerous times at both UBC and Simon Fraser University.

Daniel’s background includes a great deal of clinical ethics-based research with various agencies in both Eastern and Western Canada, and he has also co-authored a large number of peer-reviewed publications. Recently, Daniel has also contributed to the writing of several textbook chapters focusing on neuroethics.