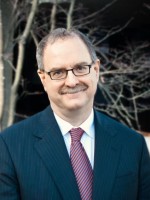 Dr. Honer trained in medicine at Queen’s University in Kingston, Ontario and received his MD in 1984.  Following a year of internal medicine training at the Vancouver General Hospital, he was a resident in psychiatry at the New York State Psychiatric Institute/Columbia University for three years. During the final year of his residency program, and for the next three years, Dr. Honer was a research fellow at Columbia University and the Albert Einstein College of Medicine, where he was a member of Dr. Peter Davies’ neuropathology research group.

He received a Scientist Award from the Canadian Institutes of Health Research, and has received both the Young Investigator Award (1997) and the Heinz Lehmann Award (2008) from the Canadian College of Neuropsychopharmacology. Dr. Honer is the author of 215 peer-reviewed publications and has authored the assessment section of the Canadian Clinical Practice Guidelines for Schizophrenia.