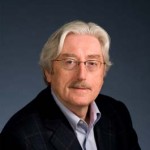 Dr. Phillips’ research interests are broadly based within the field of preclinical neuropsychopharmacology and systems neuroscience.  He has published over 300 peer- reviewed articles and book chapters.  His pioneering research, with H.C. Fibiger, laid the foundation for the role of dopamine in the neural control of motivation and memory, with its clinical implications for understanding biological correlates of addiction. He has a long-standing interest in applying knowledge concerning normal brain-behaviour function to understanding the neural bases of mental illness and addiction.

Dr. Anthony Phillips received his PhD in Psychology from the University of Western Ontario, under the mentorship of Gordon Mogenson and subsequently spent time in the laboratories of Elliot Valenstein and James Olds at the Fels Research Institute and Division of Biology at the California Institute of Technology, respectively.

He joined the Department of Psychology at the University of British Columbia in 1970, was appointed full professor in 1980.  He then served as head of the department from 1994-99.  He subsequently joined the Department of Psychiatry, Faculty of Medicine, UBC in 2000 and became the Founding Director of the UBC Institute of Mental Health in 2005. Dr. Phillips served for two terms (2001-07) as the inaugural Chair of the Advisory Board for the CIHR Institute of Neurosciences, Mental Health and Addiction.

Search for Publications on Pub Med

Dr. Phillips’ distinguished awards include: Canada Council Killam Senior Research Scholar (1978-80) and E.W.R. Steacie Fellow, NSERC (1980-82).  In 1986, he was elected a Fellow of the Royal Society of Canada and was also the recipient of an inaugural UBC Killam Research Prize. The Canadian Psychological Association honoured him in 1995 with the Donald O. Hebb Award for ‘Distinguished Contributions to Psychology as a Science.’  In 1996, the Canadian College of Neuropsychopharmacology awarded him with the inaugural prize for ‘Innovations in Neuropsychopharmacoloty’ (with H.C. Fibiger) and in 2009, with the Heinz Lehmann Award.  In 2010, Dr. Phillips was elected a Fellow in the Canadian Academy of Health Sciences.

Dr. Phillips also played an important role in the evolution of the biotechnology industry in Canada, having been a Founding Director of QLT and serving as Secretary/Treasurer to its Board from 1982-92, and currently as a Founder and Member of the Board of Allon Therapeutics Inc. He has been elected as President (2012-14) of the Collegium Internationale Neuro-Psychopharmacologicum (CINP).