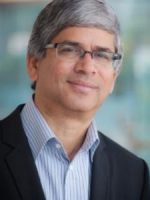 Professor and Head, Department of Psychiatry

Dr. Yatham’s major areas of research interest include neurobiology and treatment of bipolar disorder and major depression. Dr. Yatham has received a number of awards during his career including the Michael Smith Foundation Senior Scholar Award and NARSAD Young and Independent Investigator Awards for his research, Distinguished Medical Research Lecturer Award from the Faculty of Medicine at UBC, Mogen Schou Award for international education and advocacy on bipolar disorder from the International Society for Bipolar Disorders (ISBD), South Asian Forum Internationale Award for his contributions to psychiatric research in the developing world, Heinz Lehman Award as well as the Canadian College of Neuropsychopharmacology Medal for his contributions to psychopharmacology, John M Cleghorn Award for excellence in research and leadership from the Canadian Psychiatric Association, Frank and Kupfer Award from the ISBD for distinctive contributions to the field of bipolar disorder and Gerald L Klerman Award from Depression and Bipolar Support Alliance in the USA for significant contribution towards advancing causes, diagnosis and treatment of mood disorders. Dr. Yatham’s work has been funded by many peer-reviewed funding agencies such as the Canadian Institutes of Health Research (CIHR), Canadian Psychiatric Research Foundation, Stanley Foundation, and National Alliance for Research on Schizophrenia and Depression, USA. He is a member of the College of Reviewers of Canadian Institutes of Health Research (CIHR), was a chair of the Michael Smith Foundation Clinical Scholars Committee and has been a reviewer and a committee member of other peer reviewed funding agencies such as the CIHR. He is a member of the Scientific Advisory Board of the International Bipolar Foundation, Depression and Bipolar Support Alliance and Dauten Family Center for Bipolar Treatment Innovation at Massachusetts General Hospital in Boston.

Lakshmi N. Yatham is a Professor of Psychiatry in the Department of Psychiatry at the University of British Columbia in Vancouver, Canada. He is also the Regional Head of Psychiatry and Regional Program Medical Director for Mental Health and Addictions at Vancouver Coastal Health and Providence Healthcare. He has an executive MBA in health care from the Sauder School of Business. Dr. Yatham has held leadership positions for national and international professional organizations including the President of the International Society for Bipolar Disorders, the Secretary for the World Federation of Societies of Biological Psychiatry (WFSBP), and he is now the President-Elect of the WFSBP.