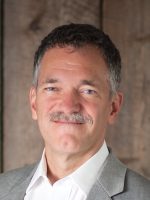 Dr. Paul Dagg is currently a Clinical Professor and Associate Head for the Department of Psychiatry at the University of British Columbia.  He works clinically as a psychiatrist in Kamloops at Hillside Centre providing psychiatric and neuropsychiatric care for people with refractory illness, referred from hospitals across BC, as well as working in Community Mental Health with the Early Psychosis Intervention Program and the Treatment, Stabilization, and Recovery Program.

Dr. Dagg has held a variety of leadership positions in Mental Health and Substance Use Services, having been the Executive Medical Director for BC Mental Health and Substance Use Services most recently as well as leadership positions in Interior Health in BC and the Royal Ottawa Hospital.  He moved to BC in 2005 to establish the Tertiary Mental Health Services for the Interior that were being developed as a result of the regionalization of services from the Riverview Hospital, opening Hillside Centre in Kamloops, and leading Tertiary Mental Health Services until 2016. In 2013 he was inducted as a member of the American College of Psychiatry.

Dr. Dagg has been heavily involved in postgraduate training in medicine and psychiatry and in 2016 was awarded the Duncan Graham Award for Lifelong Contribution to Medical Education in Canada by the Royal College of Physicians and Surgeons of Canada, the first person to receive this award whose professional work is outside of an urban university center. He is currently a Member of Council and Chair of the Corporate Accreditation Committee of the Royal College.  Until 2005, he was the Assistant Dean for Postgraduate Education in the Faculty of Medicine at the University of Ottawa, and Associate Professor and Vice Chair in the Department of Psychiatry.  In 1996, he was awarded, along with a colleague, the American College of Psychiatrists Award for Creativity in Psychiatric Education.

In addition to his administrative and educational responsibilities, he is on the editorial board for the Journal of Ethics in Mental Health and has written on this topic.  He has an interest as well in service delivery models in mental health, cognition in schizophrenia, psychotherapy and the role of evidence in its practice, and in the treatment of adults with Pervasive Developmental Disorders and Asperger’s syndrome. He has recently led the development of an alternative competency based assessment system for psychiatrists trained outside of Canada. He has consulted on psychiatric service delivery in inpatient, outpatient, and community settings in cities across Canada, in Saudi Arabia, and in Kuwait.  He recently completed his term as Chair of the Board of Governors of Thompson Rivers University, and is a member of the board of the British Columbia Forensic Psychiatric Services Commission.

P. Dagg.  The psychological sequelae of therapeutic abortion – denied and completed.  American Journal of Psychiatry, 148:5, May 1991.