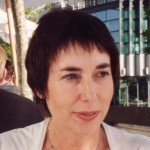 Dr Basson is a Clinical Professor the Director of the UBC Sexual Medicine Program. As PI she and her colleagues from UBC and University of Laval obtained CIHR funding for a study published in 2010 which disconfirmed any differences in androgen activity, however measured, between women with and without Hypoactive Sexual Desire Disorder. Instead, they found low serum DHEA in the women with lost desire. She was awarded further CIHR funds to pursue this investigation. A different large cohort of women with low/ absent sexual desire and arousal has now been found to have various markers of hypothalamic pituitary adrenal dysregulation including again low DHEA, results compatible with having experienced chronic stressors in early life.

Together with Drs Brotto (PI), Bergeron, Driscoll, Grabovac and Correia, a second major research endeavor also CIHR –funded was to compare CBT versus MBCT for chronic sexual pain from provoked vestibulodynia: the treatments were comparable in their high effectiveness. The mechanisms of pain reduction from MBCT are currently being investigated. The same team  also has CHRI funding to compare two different small group programs for women with Sexual Interest Arousal Disorder, one of which contains mindfulness practice in addition to education, cognitive therapy  principles, sex therapy and support- these latter modalities common to both treatment arms.

Dr Basson’s 90 plus peer reviewed publications include those from 2001 – 2003 focusing on alternative evidence-based conceptualisation of human sexual response. These led to many book chapters in the fields of gynecology, endocrinology and psychiatry with ongoing updates, a series in The Lancet on sexual dysfunction subsequent to illness, a NEJM review on clinical aspects of women’s sexual dysfunction, the American College of Obstetricians and Gynecologists’ monograph series on sexual dysfunction, plus annually updated online reviews for the BMJ ‘Point of Care’ and BMJ Best Practice, Canadian Pharmacists Association Therapeutic Choices and Merck’s Manual.

In 2003, and 2009 she was vice-chair of the 2nd and 3rd International Consultations on Men and Women’s Sexual Dysfunction sponsored by ICUD, ESSM, WAS, IASR, ISSWSH and is on the American Endocrine Society Committee to evaluate the use of testosterone in women. Dr Basson is extensively involved in teaching at undergraduate, post graduate and CME levels.