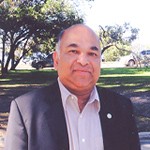 Dr. Soma Ganesan is a Psychiatry Fellow in the Royal College of Physicians of Canada.  He was born in Vietnam, where he live through the war and went on to eventually leave the country in 1976.  He came to Vancouver as a refugee in 1981 and trained at the University of British Columbia from 1984 to 1988.

Soma has been a practicing psychiatrist in Canada since 1988 and is the Founder and Director of the Vancouver General Hospital Cross-Cultural Clinic, which provides mental health services from around the world.  He is also a founding member of the Vancouver Association for the Survivors of Torture (VAST) – a non-profit group dedicated to serving and treating refugees and immigrants who suffer from psychological and physical injuries as a result of political violence and torture.

He is currently a Clinical Professor of Psychiatry at the University of British Columbia.  Along with serving in a variety of capacities for local, provincial, national, and international programs, Dr. Ganesan’s own research focuses on immigrant mental health, cross-cultural psychiatry, and spirituality.

Search for Publications on PubMed